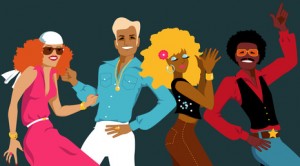 Recently I watched a programme about television in the 1970’s and along with a few reminiscences of children’s programmes (yes, I was a child of the 70’s – the Wombles were a favourite), I was struck by the tone of some of the programmes which made me think ‘we just don’t accept that anymore!’ Whether it be rather seedy interactions between male actors and actresses posing as young girls, or the condescending nature by which chat show hosts interviewed successful women about their ‘physical accoutrements’ getting in the way of a serious career. Nevertheless it got me thinking about the way people management in the workplace has moved on too.

These are my most noticeable top six changes to people management since the 1970’s and 80’s:

Will we be looking back in 30-40 years’ time at the working practices of today, and sadly be shaking our heads? Well maybe, but hopefully some practices will stand the test of time – I just wonder what they’ll be…?