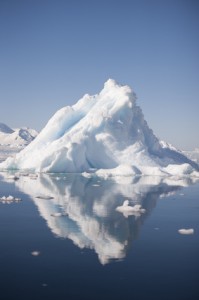 When we employ someone we have expectations of them, and them of us.  We believe we set out the bulk of these in a legal ‘contract’ but actually the entire relationship is formed from much more.   Increasingly awareness has grown of the concept of a much broader psychological contract. This phenomenon was first identified in the 1960’s by organisational and behavioural theorists Chris Argyris and Edgar Schein, and continues to be developed today.  But what is it, what does it mean and just how important is it?

All parties have perceptions and form assumptions about the employment relationship, but unless they are tacitly discussed and agreed they might never see the light of day but crucially they still influence how successful that relationship will be. It is estimated that in an average employment relationship as much as 70-80% of the contents of this psychological contract are hidden from view, hence the iceberg analogy.

So to explain.  The worker has expectations of what they will receive or experience from the employer in return for working; but this isn’t just the tangible things like pay, holiday and pensions but includes intangibles such as levels of autonomy, recognition, control and respect, and much deeper beliefs about mutual trust, ethicacy and values. The employer too has expectations of the worker. These might include commitment, ideas, effort, loyalty, risk, flexibility and tolerance. The two sets of expectations can clearly overlap, but unless discussed each may have a different interpretation of what these all mean.

So, does it matter? The psychological contract is fundamentally built upon a sense of fairness and balance perceived of the employment relationship from the viewpoint of the employee, yet interestingly it is largely formed and led by the actions of the employer. The more fair it is perceived to be with a good balance of give and take for both parties the more successful it will be for all.

It is worth saying at this point that we all rely heavily on the assumptions we make and our perceptions of what is right or wrong, good or bad.  In fact as human beings we couldn’t operate effectively if we didn’t make assumptions about situations every day of the week, but we can easily see too where things can go wrong if our assumptions lead to misunderstanding. For example, if an employee has expectations of a great deal of control and autonomy over what and how they carry out their role, yet the employer tends to micromanage, then we can quickly see where resentment and frustration sets in.

The difficulty with the more extensive psychological contract is tying it down.  It is fluid and dynamic, changing as the organisation and people within mature, and relationships strengthen or change.  For example, a new employee might expect and understand that their manager will look over their work or approve their decisions for a period, but as they settle in and demonstrate their reliability and skills in the role they might reasonably expect this level of scrutiny to be replaced with greater trust and autonomy. Yet it would be rare for a manager to say “last week I didn’t trust you to make good decisions, but this week I have decided to give you greater autonomy”…but arguably to bring clarity to the psychological contract we should be much more overt like this.

An autocratic leader will have little understanding of the importance of this more balanced and rounded relationship, seeing the employment relationship as simply “I pay, so you do”, but where there is a greater sense of give and take based on shared understanding and perceived fairness, the more healthy the relationship. This quickly filters down to tangible measures such as the impact on employee engagement, staff turnover, absence levels, disputes, output and performance, customer feedback and so on.

Nevertheless, I feel that despite needing a greater awareness of what we all bring to and expect from the employment relationship, it would be foolish to attempt to capture formally all that forms it; but we can use tools in our everyday armoury to ensure that we regularly sense check our assumptions and so re-balance them when needed. Communication is of course key. Using opportunities like performance appraisals, interviews and consultation exercises are formal; but 1-2-1 or group discussions also present opportunities to discuss and ask questions like “this is my understanding, is yours the same?” or “this is what I expect, what do you need?”

Whatever you think of this, just consider as you look around your business, at your colleagues, staff or even your boss, is your interpretation of reasonable expectations the same as theirs? You just might be surprised at where they differ…